Quote and Reply to Messages in WhatsApp Now Available

WhatsApp has started rolling out the ability to quote messages when you reply in a chat.

The feature first became available as an experimental feature in the beta version of WhatsApp’s Android app (v.2.16.118).

The feature is now rolling out to all WhatsApp users, despite no new update for the app in the Apple App or Google Play stores.

To use WhatsApp’s new quote-and-reply feature, tap and hold on a message. A “reply” button will be visible in the action bar, which allows users to reply to the message while quoting it.

When you receive a reply, which quotes a message you previously sent, you can tap on the quote to see when you sent the original message and what you said. 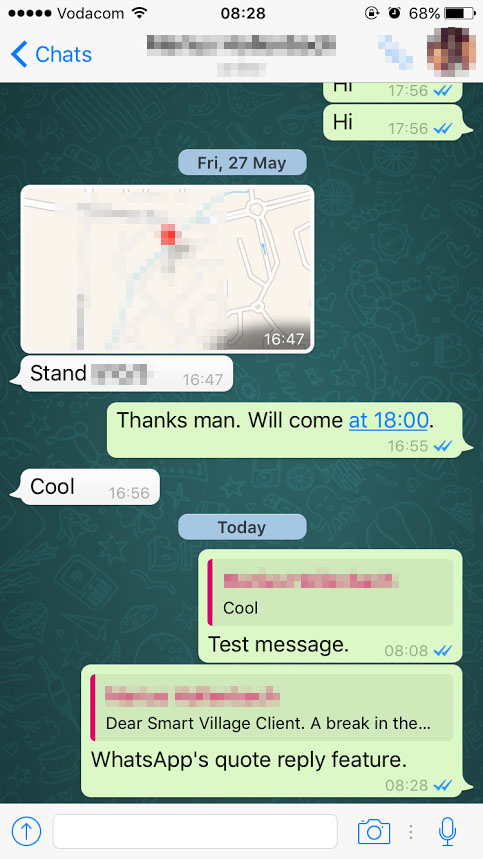