Microsoft regularly rolls out new updates. Most of the time these are basic improvements such as bug fixes, security patches and the occasional new feature. This one, however, is much larger than most.

One of the most well-received features is the Timeline feature. This is an improvement on the Task View feature (and replaces it). It allows you to view the history of any machine you are signed in to, even if you’re not actually on the machine. This synchronization has many more uses than it sounds. For example, when at home you can do some work on your PC then if you have to leave home you can take your laptop with you and with your laptop you can pick up where you left off, even though it’s a completely different computer. You can also combine this feature with Microsoft Edge for iOS and Android so that you can view your smartphone browsing history on your PC/laptop. To make it difficult for hackers to abuse this, synchronization is disabled by default and activity history can be disabled. 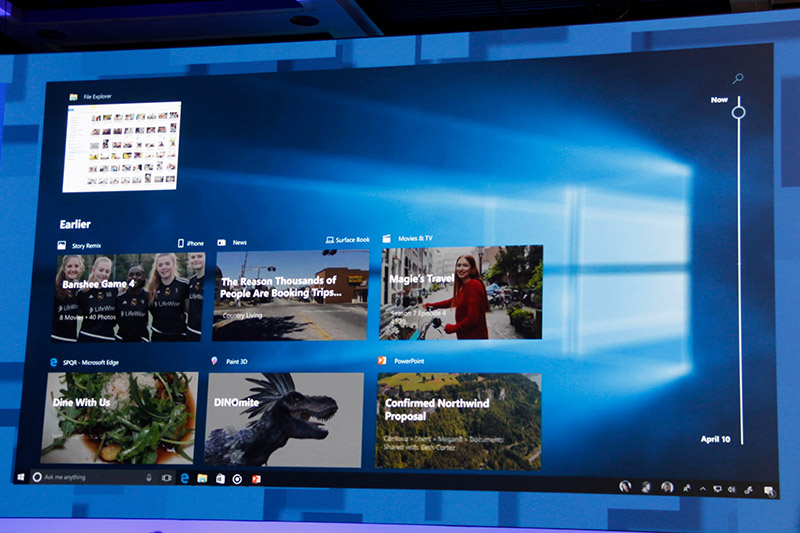 By holding down the Windows key and pressing H, you can run the Dictation program; allowing you to control any application with your voice.

Ever open a tab that suddenly starts playing loud and annoying music or some terrible advertisement? One of the many new features in Microsoft Edge is the ability to mute specific tabs. Microsoft is also adding support for PWAs (Progressive Web Applications) which are basically web applications that were previously only compatible with Google and Apple. Basically, they finally hopped on the bandwagon making PWAs incredibly useful owing to their broad compatibility list. 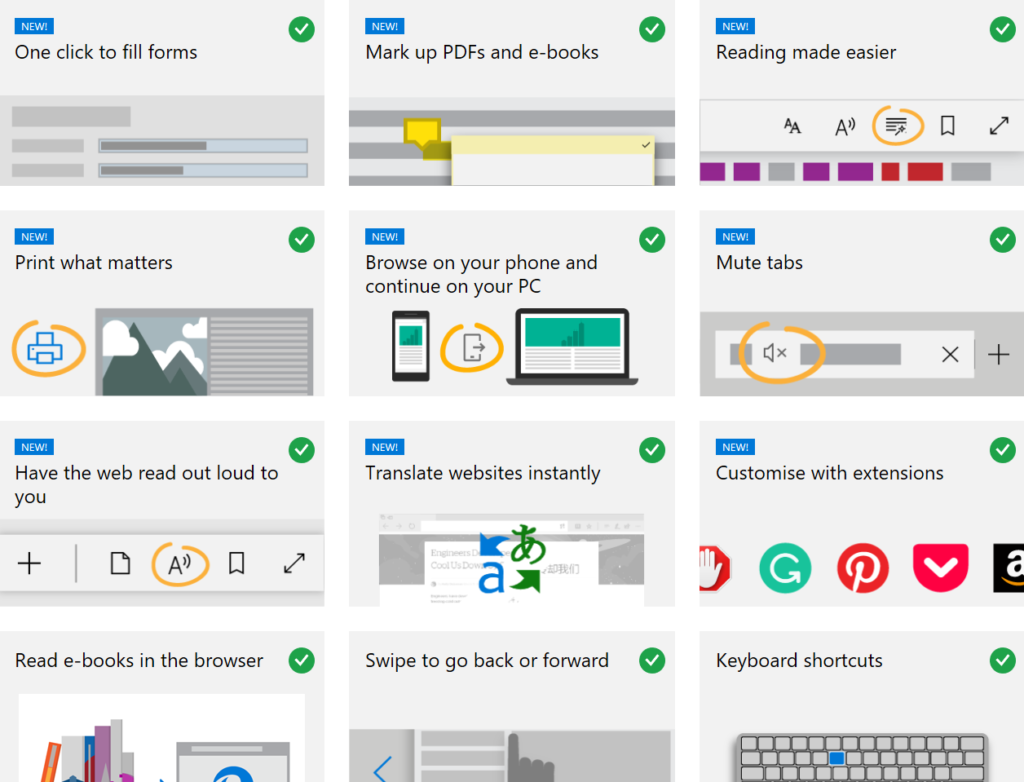 Scaling apps in Windows 10 would often make these apps blurry but Microsoft has now figured out a solution to this issue and it should not happen again.

You can specify which apps go through which output device, meaning you can have your music going through speakers and all other sounds going through your headphones. It sounds completely useless, but it’s actually quite enjoyable.

Bluetooth functionality has gained a couple improvements. Firstly, pairing will now be much faster as you will receive a notification the moment it detects a Bluetooth device which, when clicked on, will pair with the device. The process of sharing photos, documents and websites has been revamped so it is much easier to share and collaborate with people using nearby Windows 10 machines.

You will stop being spammed by those incessant Windows Defender notifications as you will gain the ability to suppress them. You can also use the new Focus Assist feature to help suppress other apps from bugging you. You can ensure that you will not receive any notifications while giving a presentation in a conference, or allow a select few apps to give you notifications.

It is important to remember though that this update is rather large and you should plan this accordingly with your business day to day tasks in mind to prevent all your machines simultaneously utilizing all of your companies bandwidth and data.  Alternatively; you can also arrange with your weloveIT Technician to create an Offline Media Installer to prevent any bandwidth from being used and giving you full control as to when the update is rolled out in your organization.